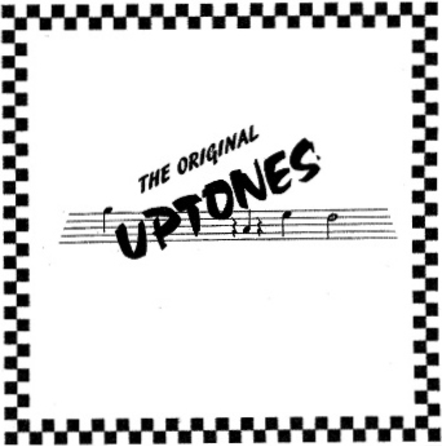 Listen for Free and Own Best Quality CD!

The Original Uptones CD features live and studio recordings, beginning  with the first mix of studio tracks from an unfinished single (A & B sides) when the band broke up.  After a few knobs were turned, this recording captures the Original Uptones' best studio effort to create more poppy sounding music and features an amazing, one time only, soprano sax solo on "When the Sun Comes Shining Through."

But the Original Uptones were mainly known for their fun, spontaneous, live performances with great musicianship and well crafted songs, in a heavy bass mix that compelled people to dance and sometimes cry tears of joy from the intensity!  The next eight songs capture the extraordinary chemistry of an Original Uptones performance with a dynamic set of original and cover songs in a club setting with unusually good fidelity for a live recording, allowing listeners to share the original experience, especially if you purchase the best quality CD and turn up the volume on your stereo!

The CD concludes with three songs from the Original Uptones’ 1982 EP, "The Uptones," including the only known surviving recording of part-time horn section, The Big Roach Horns, on "Africa is at War."  Crank it, skank it, and enjoy!